How Defence streamlines recruitment in the Digital Age 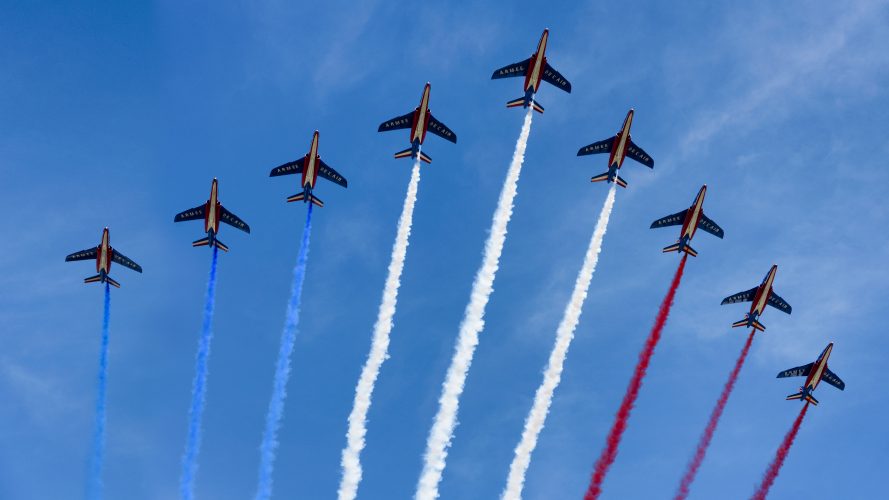 To learn more about ideas discussed in the post, listen to the InTransition podcast with  former head of marketing at Defence Force Recruiting, Pat Duffy.

It’s fair to say that marketing has changed significantly over the past 20 years, what with that small invention of the internet and social media. While citizens now have the ability to channel their news and information to reflect their own interests, targeting them is no longer as simple as playing an ad during their favourite television programs, buying a page in the paper or slapping a big logo on a bus shelter.

Effectively using social platforms is an important way of targeting highly specific audiences, in a cost-effective way. Why spend $1 billion for a time slot on television and hope the right people see it when you could divide that amount into five strands, create content targeting each demographic and sit back smugly as your numbers go up.

In a recuritment context, when you divide this funding and focus on specific demographics and groups, you’re able to go direct to the most suitable group for a specific role. Defence Jobs Australia saw this tactic do wonders for increasing awareness around the potential of a career in the Australian Defence Force.

We all know how the story goes. As social media platforms such as Facebook, Twitter and YouTube began to take off, people flocked to these outlets for news, entertainment and information. As people started to live their lives online we saw a concurrent decline in TV viewership and sales of “real” news, presenting a problem for marketers and recruiters alike.

Increasingly, social media showed itself to be a valuable asset in building brand awareness. Rather than spend a huge budget on a generalised ad on TV and hoping for the best outcome, using Facebook’s advertising function gave marketers the opportunity to target specific characteristics. Age brackets, interests, level of education, life moments, location and many other targeting categories.

Though time-consuming, this targeted approach results in a higher level of engagement and increases the likelihood of connecting with people that genuinely could be interested in enlisting. In Defence’s case, they created a number of character sheets to cover their ideal audience. Whether 18 to 24 and fresh out of school or 28 to 36 and looking for a career change; it connects them together.

With the audience engaged, selling the experience of what a career in the Defence Force kicks in, think ‘this is what happens in the Navy and the life you lead’ or ‘here’s what it’s like to fly in a jet over the ocean’. The aim is to give people a taste; a try-before-you-buy sort of deal.

The good news is that with the direction technology is going; this is becoming easier than ever. Obviously, you can show footage of these acts in advertisements, but what if you could throw individuals virtually into the middle of the action? Countries like Australia and the USA have been developing VR training courses for soldiers, but we are also starting to see these products hit the consumer market.

Iteration is critical to any communications strategy. All social platforms now provide very in-depth information, meaning you can see when your followers most active, what interests do they share, how did this post compare to another, where are your top followers based, etc etc. The list goes on, and taking this information on board provides the opportunity to adjust and tweak when needed, testing what works and what doesn’t.

In the case of Defence, adjusting and readjusting, consistently, was (and still is) crucial. With the 24-hour news cycle there’s no rest, and by continually watching trends and following relevant information you can keep up; especially if you’re holding over a million followers over your three main accounts.

With the targeting capability of social media platforms, recruiters can address old stigmas regarding the military. Specifically, new age marketing provides the tools to move toward a more diverse military.

Throughout the 21st century, we have seen significant steps made in how the military can be advertised to a broader audience and countries such as Canada and the UK have taken steps towards creating an inclusive armed forces through legislation.

Strong, targeted campaigning focusing on specific groups can assist legislation in breaking down traditional stereotypes. For example, Australia and the UK have pages dedicated to telling the story of life in the military for women and its advantages.

What we can take away from Defence Jobs Australia

There is a lot that we can take away from the approach that Defence takes towards recruiting. While social media has taken over the way people communicate and consume information, it (luckily) also provides the tools needed to reach your desired audiences.

By researching your desired demographics, testing and determining the best way to reach them, the return can be far greater than placing an ad on television. If you’re in the process of creating or updating an existing marketing strategy, these tips are crucial to keeping up in the social sphere.

Have you used targeted social media campaigns before to meet a business objective? What have you found works (or doesn’t!)?