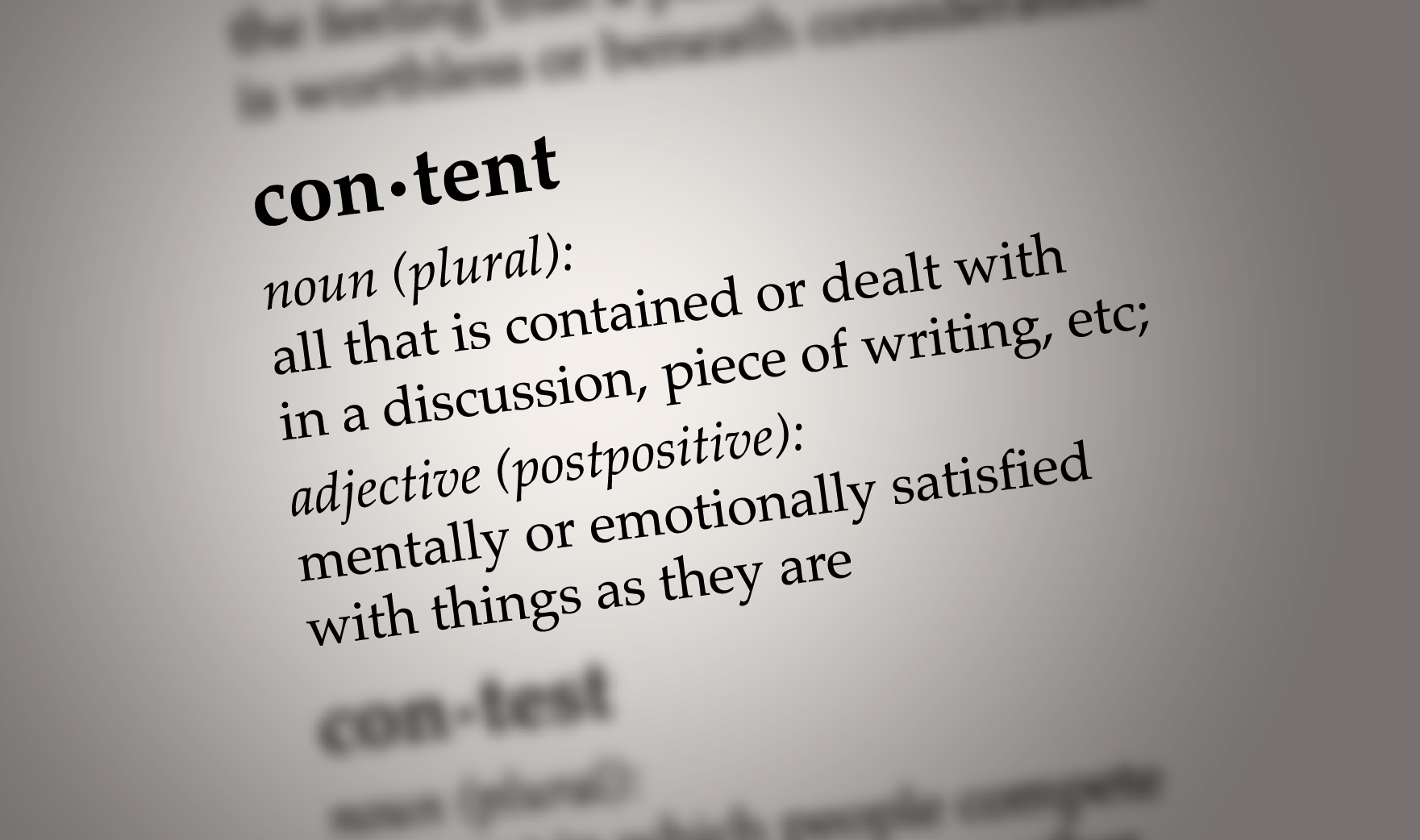 The role of content in communication has seen astonishing growth in recent years. Separating itself from the basic production of articles, it now includes creating pieces that are visually pleasing, easy to understand and promote engagement with the audience. Even though today we’re seeing countries frequently adopt this new approach (great examples being England’s Government Digital Service and Australia’s Digital Transformation Agency), it wasn’t always the case.

Looking back to 1997 when our founder and CEO David Pembroke was exploring the idea of using content to communicate, he was met with some confusion. Before we became contentgroup we were known as The Content Group. There was some ambiguity around the name and responses were mixed. “The what-now? Content, as in contentment? Like a wellness collective?” Or were we a group satisfied with content communication?

Well, no, the complete opposite in fact. Though it would take some time for people to catch on, the goal of contentgroup was to use content as a new form of communication and create a new approach to connecting people. Our aim is to help the government and public sector strengthen communities and the well-belling of citizens through effective content communications.

The times they are changing

It’s safe to say the 1990s weren’t the most technologically advanced, especially when you consider where we are today. But it was then that game changing moments were happening which would redesign how society functions. We saw the introduction Google, designed to replace encyclopedias; Amazon introduced online shopping, putting bookstores out of business globally; eBay replaced the classifieds in your local newspaper and connected you with items from around the world; emails would demolish snail mail; and mobile phones hit the retail market.

With so many advancements affecting how we interact and communicate with one another, why was something still lacking? This is the 1990s, we’re about to break into the year 2000, what wasn’t working? Well, while technology was racing ahead, our traditional approach to the pillars of communications (advertising, marketing, journalism and public relations) weren’t ready for the digital age and the new, rapid flow of information.

The saying ‘if it ain’t broke, don’t fix it’ comes to mind to describe the mentality of this period. But what the communications industry failed to realise was their audience was adopting these new technologies and there were vast opportunities on offer. The way people communicated transformed and the number of outlets we had to talk, read, listen and watch expanded – suddenly it wasn’t just televisions and newspapers, but they didn’t see the danger.

While the mammoth companies that built these industries found themselves stubbornly resisting change, thinking they were invincible, they let the goliath companies of today takeover. Some of the most memorable blunders include Blockbuster laughing Netflix out the door saying the concept would never work, Yahoo refusing to buy Google for a measly million dollars and also failing to increase their billion-dollar bid for Facebook. Well, Blockbuster went bankrupt and Netflix now dominates the streaming industry, worth twice as much as the former rental empire. In 2016, Facebook had a revenue of just under $27 billion. And what hurts the most, Google brought in just under $90 billion in 2016… Yahoo was sold for $4.5 billion to Verizon. Massive mistakes, all because of a resistance to change, lack of audience understanding and short-sightedness.

It’s important to take these events into consideration – imagine which companies wouldn’t have gone bankrupt, and those who may still be flourishing if they had an accurate vision of the future. Instead they became satisfied with the idea they had the monopoly, without even considering the technology growing around them. The result of this was seeing the rug pulled out from under them.

Into the 1990s and 2000s we saw the same thing happen with communications and the way we interacted with each other. While contacting a friend to see a movie got easier, contacting the government with questions became seemingly harder. It’s possible as we grew around technology and the government didn’t – leaving them behind, but shouldn’t that be incentive to embrace technology?

While we have seen governments start to embrace technology and provide gateways for citizens to access their services (gov.au for example), they have, in ways, missed the mark. Across the internet there are millions of .gov URLs creating a massive cluster of information and difficult for citizens to sift through. The importance of content in a situation like this is to steer more towards a one-stop-shop situation, creating a more efficient experience to the user.

Looking back at the early days there was an opportunity for content communication to provide what was needed to continue that relevance with technology. Libby Varcoe, Content Community Lead for the DTA, says as content creators and designers we shouldn’t knock and wait at the door, we need to break through take a proactive approach to content.

As seen by gov.uk, the role of content designers has created an easier method for citizens to reach the services they need. Update your license, renew your passport, citizenship enquiries, almost anything you think of is accessible through the website. (Watch this video on how and why they made such a simple government website).

Though 20 years ago the concept of content communication was an enigma, today we are beginning to see more agencies and businesses take this approach to information onboard and move towards a content heavy future.

More than ever we are seeing citizens in a better position to participate in government discussions and the political debate. It is easier to interact with departments today, using technology which encourages two-way conversation, than ever before. This lets both sides of the discussion determine what is best and what will work.

This is all thanks to great content design, enabling people to find and understand the information they seek easily. It appears in different mediums and formats, but is accessible to the audience and delivered in a manner they expect and interact with. It is pivotal government and business keep pace with technology and utilise content communication to best communicate with their audience – and hear their feedback, too.

What are ways you have introduced content into your place of work?