In the Australian National University’s 2016 Australian Election Study, only 26 per cent of respondents stated that they could trust people in government. That finding represents the lowest level of public trust since surveying commenced in 1969. Tellingly, levels of trust have consistently dropped since 2007. The Scanlon Foundation’s Mapping Social Cohesion 2016 Report similarly recorded low levels of trust in government since 2007. At a global level, the recent Edelman Trust Barometer indicated that trust in government—across 14 of the 28 countries surveyed—has further evaporated between 2016 and 2017, with Australia specifically recording one of the sharpest levels of decline.

There are, of course, many complex and concatenated reasons for the public’s declining level of trust in government. One cause is the drastic changes to the public discourse brought about by the advent of the age of mass communication born from technological advancements since the turn of the 20th Century.

Barely 20 years ago, we received information from far fewer sources. Over breakfast, we flicked through the newspaper delivered to our front door. Driving to work, we tuned into the local radio station. In the evening, we gathered as families around the television set to watch the news. And we went to bed reading the books we purchased from our local bookshop or borrowed from our community library. 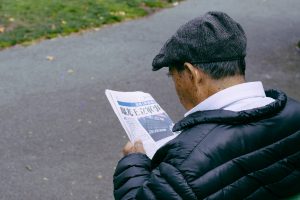 Today, while we still do these things, our habits have evolved with technology. Upon waking, we skim the headlines emanating from the lurid light of our smartphones. During the day, our Twitter, LinkedIn and Facebook feed are abuzz with notifications—an array of social, professional and special-interest information published by people at home and abroad. Twenty-four-seven, we can watch videos of unfolding events from far-flung corners of the world and receive news alerts from our mobile applications. And at night, we can download almost any publication to read on our tablets, laptops or Kindles. More than ever before, the public has access to an unprecedented level of information from disparate sources, particularly through the connectivity of the internet and social media.

Most significantly, however, technology has given us a historically unparalleled ability to contribute to and participate in the public discourse. Whereas in the past our ability to communicate was predominantly restricted to our personal and professional circles, today we can reach anyone, almost anywhere. We are ‘liking’, ‘tweeting’, ‘commenting’, ‘re-posting, ‘sharing’ and ‘going viral’ in an endeavour to have our say and be heard among the swarm of global opinions.

Certainly, the democratisation of communication through technology has brought many benefits. Nevertheless, it has also wounded—perhaps irrevocably—the public and media discourse. 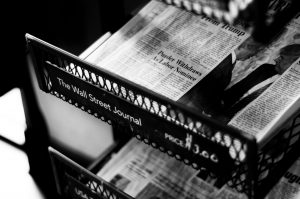 Our reality is a world oversaturated by words, voices and faces imparting information. With a societal expectation that we somehow navigate this plethora of sources and absorb information quickly, our information consumption patterns have changed. Accordingly—and regrettably—many of us now are now focused on the headline at the expense of the detail; the video grab and soundbite devoid of their broader context.

In an age that requires us, more than ever before, to examine the information around us, we seem to be increasingly taking things at face value. Perhaps the compulsion to declare our own views has diminished our regard for listening and critical analysis. All too frequently we see the public discourse infested with voices espousing emotive arguments, rather than expressing reasoned views underpinned by facts and evidence. It is a lack of scrutiny that has allowed the former to proliferate, blurring the boundaries between self-appointed experts and qualified voices of authority.

Moreover, technology has given us a greater ability to choose what we see and hear—we are increasingly self-selecting information that accords with our established viewpoints and censoring dissenting ideas. As Chris Kenny discerningly noted:

“The digital world has become a series of shouty echo chambers where special interests can amplify their messages or fake news can distort debates… we are becoming isolated in separate silos of self-affirming views, devoid of widely accepted but inconvenient facts. Prejudices can become deepened as we shelter ourselves from alternative points of view… our public debate has become more superficial and spiteful rather than more informed and conciliatory.” 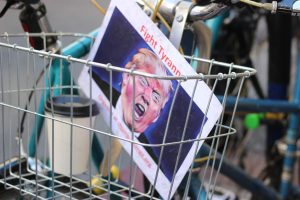 This is the arena in which governments must vie for the hearts and minds of the public. It is a battleground in which they face an uphill battle against a barrage of misinformation, polarised opinion and unrelenting advocacy; a combat zone in which scrutiny is applied disproportionately between the combatants; and a front in which the government has been using archaic tactics to try and outmanoeuvre its opponents. When it comes to the public’s declining level of trust in government, it is no wonder the latter has taken a battering.

Within this state of affairs, government departments can be a key instrument that can bolster public confidence. It is apparent, however, that they are being underutilised—be that a result of their being held back by their political masters, a consequence of underfunded communication functions, or a ramification of organisational inertia. It is ironic that the very institutions which understand the intricacies of the policies they are required to implement, and which can translate the benefits for the public at a tangible level—supported by data and evidence—are all too frequently either absent from the discourse or unable to cut through the debate.

In an age when trust and confidence in government are in decline, governments need to more readily recognise the benefits of communication functions within their departments and employ them more fully as a strategic tool to support national agendas. This requires providing departments with a greater level of autonomy to operate, as well as investing in their modernisation and staff professionalisation. It means building sophisticated social media analytical and content development capabilities. It means providing media training to senior public servants and deploying them as factual spokespeople, or at the very least, establishing press secretary-style arrangements. It means making greater and more effective use of video, audio and graphic design production—those mediums which will resonate with the modern-day information consumption habits of the public. It means distributing content in a more timely manner to correct the record and for the purposes of proactive communication. In short, it means giving a face and a voice to government departments so they can step out from the shadowy recesses of the theatre and join the political players on stage to enhance the performance. Importantly, all this can be achieved without undermining the tenets of the Westminster system, or subverting the traditional roles and clearly established remits of the government and public service respectively. 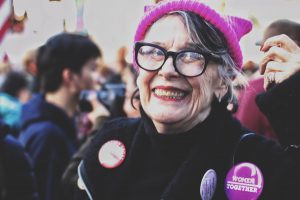 Yes, this may add to the noise of an already oversaturated era of mass communication. But given the irreversible realities of the way in which we communicate in the 21st Century, it is a necessary modus operandi. In a battle for truth and ideas, and by fighting fire with fire, governments may be able to finally break through—to turn the tide of public confidence in their favour.

What are your thoughts on the public and media discourse in the 21st Century, and views on how governments can increase the public’s level of trust and confidence?