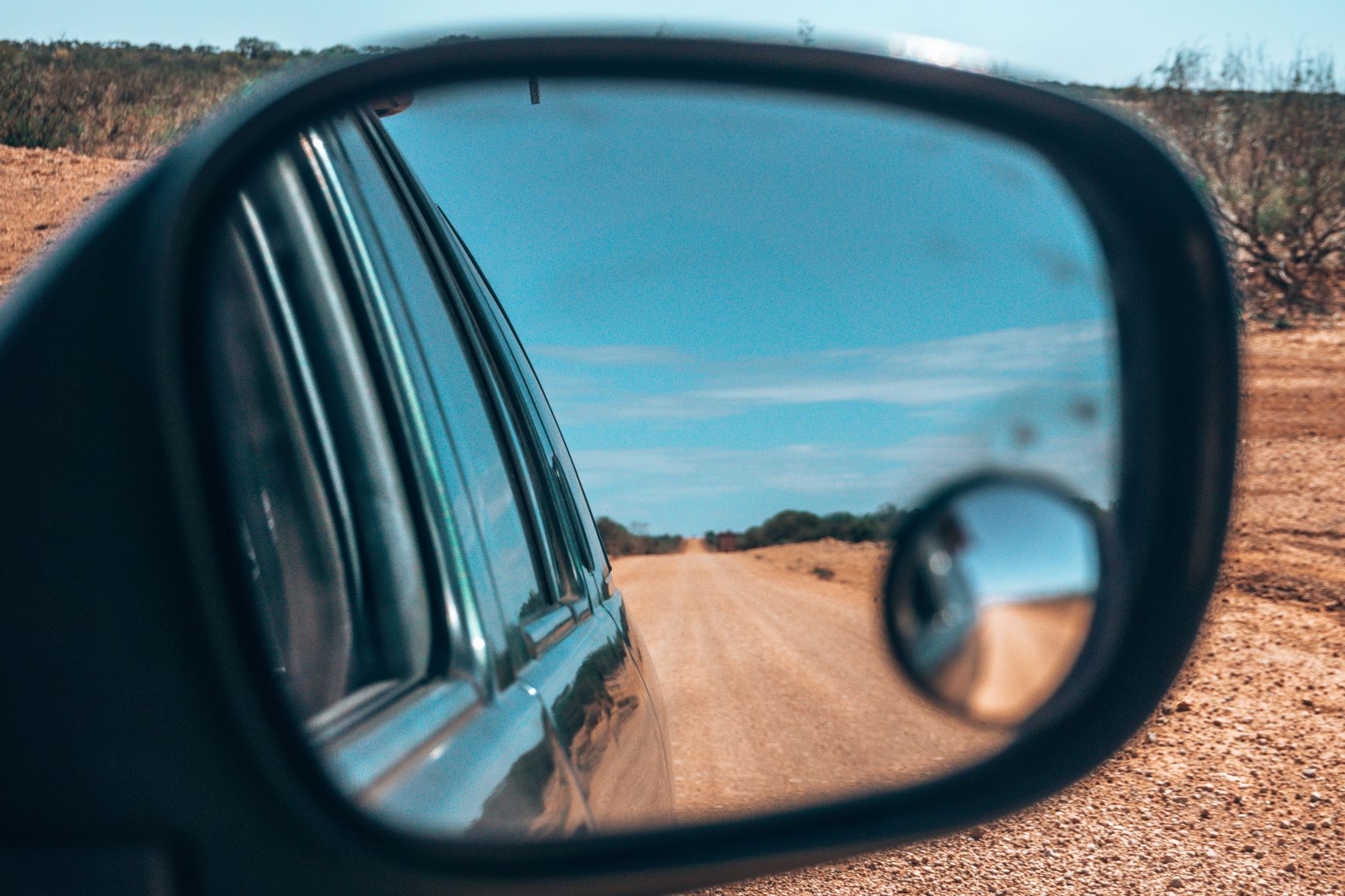 “And David, by the way, you do know don’t you that you have to do a blog for the last newsletter of the year” asked my always efficient colleague TC who loves nothing more than to put another task on my pile.

“Yes TC, and I can’t wait to deliver it” said I, with simply no clue of what was to come.

How about predictions for 2020? Nope. Naff and overdone. Your guess is as good as mine.

Okay, so how about what I learned this year?

I’ve had a terrible year and a great year.

This time 12 months ago my business partner (who I am married to …. Lucky girl … ha-ha!!) and I were staring into the abyss. The fallout from political shenanigans in the Australian government had slammed the brakes on our fast-growing business. The government stopped governing and the public service stopped working. When the music stopped, we had too many people. It was painful to let good people go. It was scary when we couldn’t see the bottom. It was a seriously miserable Xmas and New Year. Sleepless nights. Surges of anxiety. Feelings of complete hopelessness.

But we recovered. Slowly. Truth be told we are probably still recovering but things are much better. Thanks for asking.

So, what did we learn?

We learned that If you sense things are moving in the wrong direction, take action. Don’t wait. And when you act, be up front. People might not like what you are saying but in the long run its better for them and better for you. And do whatever you can to help them. Don’t skimp on your obligations.

I learned that my optimism and exuberance, so often a strength, is just as much a weakness. I used to think risk management was a chore. I now know it’s essential.

We learned the value of friendship. When things are going to custard, it’s hard to open up, particularly at work. As leaders you need to present that you know what you are doing when the reality is you haven’t a clue. The relief from time spent talking to old friends was energising. They listened without judgement. Their encouragement was sustaining. Never underestimate the value you bring to someone who needs your time. Be ready and willing to listen. It’s truly a gift.

I also learned the value of marrying well. Through the roughest time of our lives. We came to rely on each other like never before. We were there for each other every minute of every gloomy hour. For this my gratitude knows no bounds.

I learned not to be in such a hurry. I’m “all in” for government and public sector organisations to understand the power and value of creating, useful, relevant and consistent content to explain their policies, programs, services and regulations to citizens. It’s one sure way to address the decline in trust in our democratically elected institutions. People may not like what they hear but that’s what the ballot box is for. Whether they agree or disagree, they will appreciate having issues explained in ways they understand, through the channels they prefer. I am such an evangelist for this cause, I got over the front of my skies and tumbled down the mountain. I have always been in a rush. Repeat after me Dave, you need be more patient.

We learned the power of vision, mission and values. If you are clear about what you are trying to do, why you are doing it and how you are going to behave, you will find a way. Happily, our north star is true and as the fog closed in, we knew where we were heading. Our mission is “to help government and public sector organisations to strengthen communities and improve the well-being of citizens through effective communication”. Our values are to “be kind, be curious and be remarkable’’. We knew that if we stuck to these bearings, we would find solid ground.

I learned that the future of effective content marketing will be building capability into organisations. The further away a content marketing program is from the beating heart of an organisation, the less effective it is. In our new content saturated world, effective communication has to be baked into all levels of the enterprise. And those skills can’t reside solely in the perpetually over worked, under resourced central communication teams. As the world spins faster, and citizens expect more, responsibility for comms will move to the edge. Communication teams in government will become centers of excellence while the heavy lifting of meeting the needs of stakeholders and citizens will rest with the policy and program areas. Responsiveness and authenticity will rule the world. Education and training will be a prominent way for contentgroup to deliver on our mission in 2020 and beyond.

Away from a life of helping government communicate effectively, I have an unusual side hustle. I am the chief strategic adviser to Eddie Jones the England Rugby Coach. It has precisely nothing to do with my day job but for the past 22 years, Eddie and I have worked closely to build high performing professional rugby teams who win lots of games. If you want to know the back story you can buy his recently released autobiography that debuted at number three on the London Sunday Times best seller list.

Anyway, from late September until early November this year we competed in Rugby World Cup in Japan. We made it to the final but were well beaten by the Springboks.

So, what did I learn?

I learned that creating environments for people to excel takes time and patience. High performance comes when athletes are given the skills and strength to be at their best and the freedom to express themselves. Accountability is key but so is respect and trust. I watched the England players grow into a formidable team over the 12 weeks of the tournament and build up. The way they came together was inspiring.

I learned that Eddie Jones is a genius. Actually, I already knew that but his performance in leading the team was remarkable. Every second of every minute of every day, he worked with his management team and coaches to help the players improve. The way he managed the ultimate disappointment of losing the tournament was classy. England are lucky to have him, and he is lucky to have those players. They are made for each other. Look out future, here we come.

I learned, once again, the power of direct-to-supporter content. The England team content (video series Rising sons, the podcasts and the Facebook live broadcasts) set a new benchmark for World Rugby and powerfully demonstrated the impact of authentic storytelling in building meaningful connection with fans. In time, this effort will be seen as the first steps in a revolution where national Rugby teams take charge of their relationship with fans. The media will always have a critically important role, but they will have to work much harder to stay interesting and relevant.

I learned that context is everything. You have to be aware of what is going on around you and how it might help or hinder your story. Context is the force multiplier of storytelling.

I learned that you must be precise with the words you use and the actions you take in order to create vivid pictures in people’s minds. In the build up to the semi-final against the All Blacks we wanted the world to believe the indomitable All Blacks were straining under unbearable pressure. We’d been listening to their language closely and picked up that they liked to talk about “walking toward the pressure”. In a pre-meditated media conference designed to spark controversy, Eddie said “they won’t have to worry about walking toward the pressure this week because it will be chasing them down the street”. The line leapt from his smiling mouth and onto the reporters screens. So did the line that “the All Blacks mental skills coach Gilbert Enoka will be the busiest bloke in Tokyo this week”. The picture of big burly All Blacks forwards lying down on his couch was irresistible. It ran and it ran and it ran.

Now you can debate until the cows come home whether or not it had any impact on the game. It’s completely unknowable. But that’s not really the point. The point is that with an appreciation of context, careful planning and precise language you can cut through. Boring doesn’t work. Never has. But in the crowded, world of content marketing blah blah blah, you must stand for something and you must say or do something worthy of people’s attention. When you next consider creating content, ask yourself “Is it valuable”? If no, give it a miss.

So, thanks to one and all for the thrills and spills, for the laughter and the tears.

Please stay safe over the Christmas break, enjoy the rest of the season and be kind to everyone you meet.

See you on the other side.