Nearly three years ago the Australian government moved into content marketing with a commitment to:

Since then there have been efforts to build a culture of online innovation within the Government – a refreshing cultural change that has resulted in some great storytelling online.

State governments and the ACT have joined the content marketing revolution with campaigns that help stakeholders answer their queries, and give citizens a voice.

Government departments don’t usually deal in marketing terms like prospects or customers – after all, they’re not selling. But they still want to spread the word about their services and share their successes with Australians who pay for them. Most of us now interact with the government online whether we are registering a business or borrowing a library book.

This is where regular, engaging content will help you to achieve your goals.

There are some attention-grabbing examples of content marketing in government emerging. Let’s explore them.

This exercise was one of the boldest and ambitious campaigns ever undertaken by the ACT Government. With Australian Capital Tourism at the helm working with over 60 industry partners, 500 ‘tourists’ from around Australia were given the opportunity to stay in Canberra if they, in turn, shared their experiences through social media.

This opportunity meant Australian Capital Tourism built a community of advocates. These visitors became content evangelists for the ACT; people with a passion for your product or service and produce content that portrays it in a positive light.

The Human Brochure’s content was published to their own networks and you can see all of the posts on a content wall at www.HumanBrochure.com.au. The content connected human emotions with stories and pictures. This created an unrivalled coverage of Canberra outside of political news sites.

The campaign reached over 4 million people and attracted 92% positive sentiment. It acted as a great platform to change people’s perceptions of what there is to do in Canberra. It also allowed the Visit Canberra social media platforms to grow to enable future engagement. 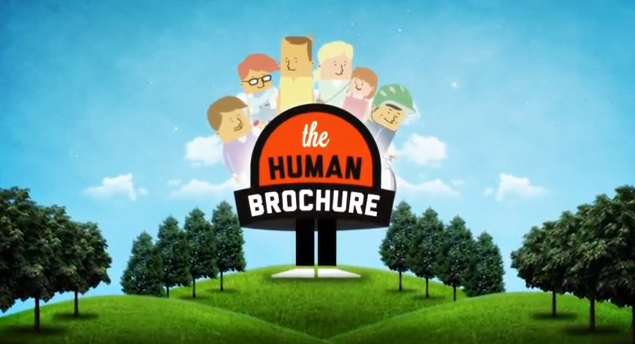 When we talk about big data, the Australian census, run by the Australian Bureau of Statistics (ABS), is one of the biggest data collection processes in Australia.

The census is a regular snapshot of who and where we are as Australians as well as the all-important population figures. It is also used to support planning, administration and policy development in government and is an essential tool for the private sector in market research and real estate.

How to make big data into interesting, engaging and meaningful stories?

The ABS developed an interesting concept called Spotlight 2.0 which displays census data in a way that is readily available and interesting to users. After the user enters some basic information, the site creates an infographic of your data that is easily shareable with your own social networks.

Spotlight allows Australians to understand the importance of the census and how the data is relevant to their own circumstances. It also allows the ABS to gather even further information online.

The ABS followed up with a native iPhone Application which gamified the experience of collecting data and using it for decision-making processes. ‘Run that Town’ is a game that enables a younger audience to engage with the census data and understand why it is collected. 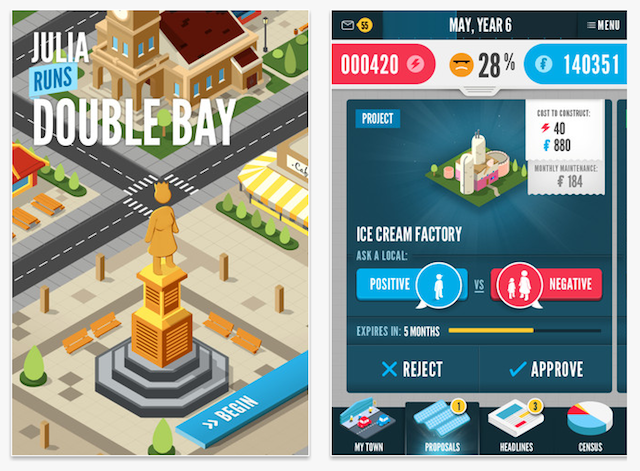 Joining the Defence force can be a daunting prospect to the unknown.

Defence recruiting can be a tough sell, so it is heartening to see Defence Jobs as one of the most comprehensive recruiting websites online. There is a multitude of content available in different formats; video, text, photos, case studies, documents and brochures.

Their approach has also been very targeted. The industry attracts a certain kind of person; active, adventurous and a team player. These qualities are not found in everyone so their high tempo action-packed television and radio commercials target these types of people.

They host regular live interactive video chats with current defence representatives so that potential recruits can find out all of the information they want to know.

With a focus on getting more women in the defence force, they have content specifically for women to help them understand the types of roles and lifestyles for people working in defence. They have an interactive pinboard that shows the balance between work and play and a comprehensive list of Frequently Asked Questions.

Using new technologies effectively, they also have a number of web and mobile applications that help the user immerse themselves in the defence life. These include educational, skill and action games designed to attract widespread interest. 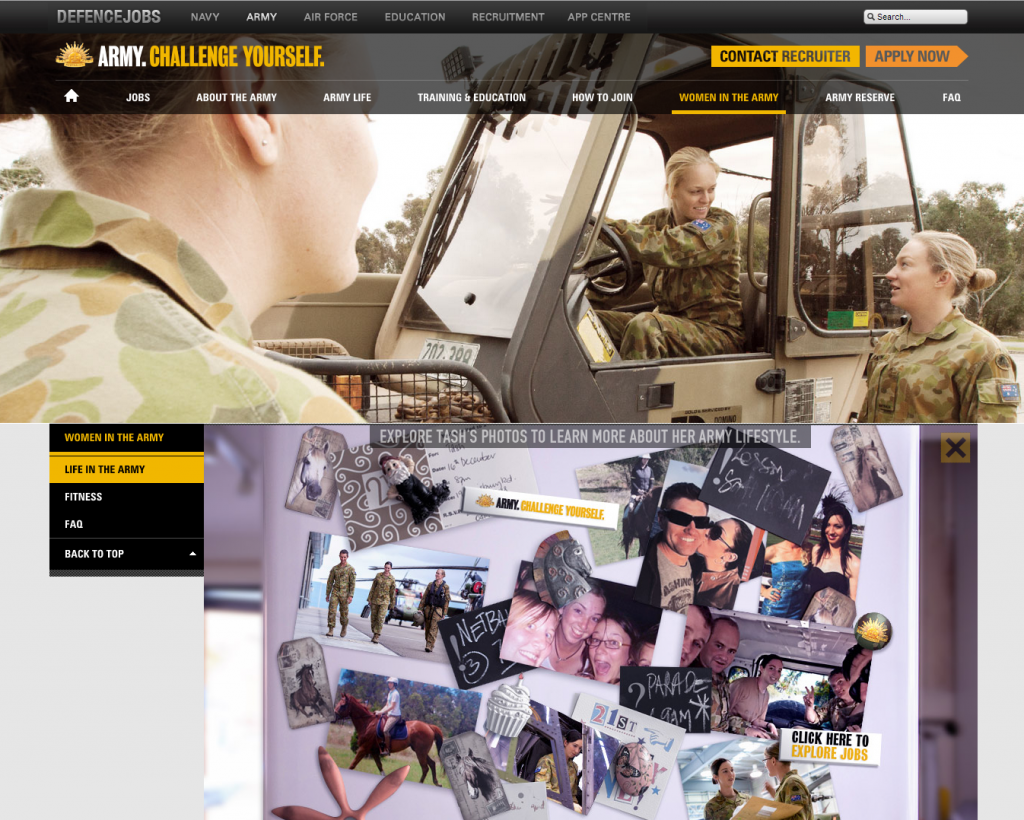 As well as the obvious celebrations of 100 years, the Canberra Centenary has been an opportunity for all Australians to “re-think, re-mix and re-imagine” our capital city.

contentgroup was lucky enough to be involved in these once in a lifetime celebrations. As a Principal Partner of the Centenary and the agency tasked with developing and implementing the public relations strategy, our National Pride in Canberra strategy was our response to the challenge of changing the negative stereotypes about Canberra.

We wanted to help build a genuine and lasting connection between the people of Australia and their capital city in Canberra’s centenary year. As a Canberra-based business, we saw this project as vitally important to our community.

The output of this campaign is a number of established communities interested in Canberra events that can be targeted for future materials. The other important output is that Canberra now has a direction for its next 100 years as a confident and bold city.

As the Centenary year draws to an end, Canberra’s ready to build a 21st-century brand as a place of “Brilliant Possibilities.” 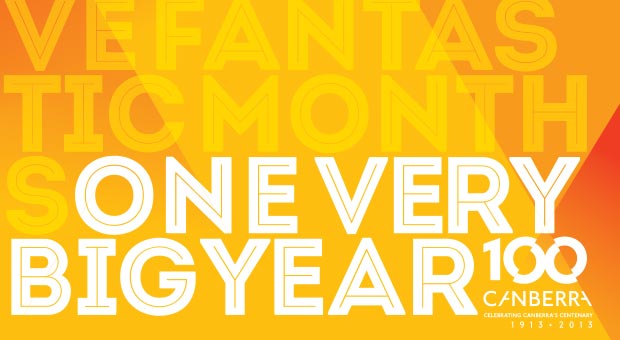 As Government 2.0 rolls out there are going to be many more examples of content marketing at work. The key is getting the strategy right to ensure that it succeeds.

It’s about creating regular and engaging content that your stakeholders want to consume and even go searching for themselves.

We’re always interested in helping you tell your stories in different ways, so get in touch to find out how content marketing will work for you.

1 thought on “Great examples of content marketing in Government”