David Pembroke talks to England’s coach most days, advising him on how to win pre-match battles, hears Alex Lowe 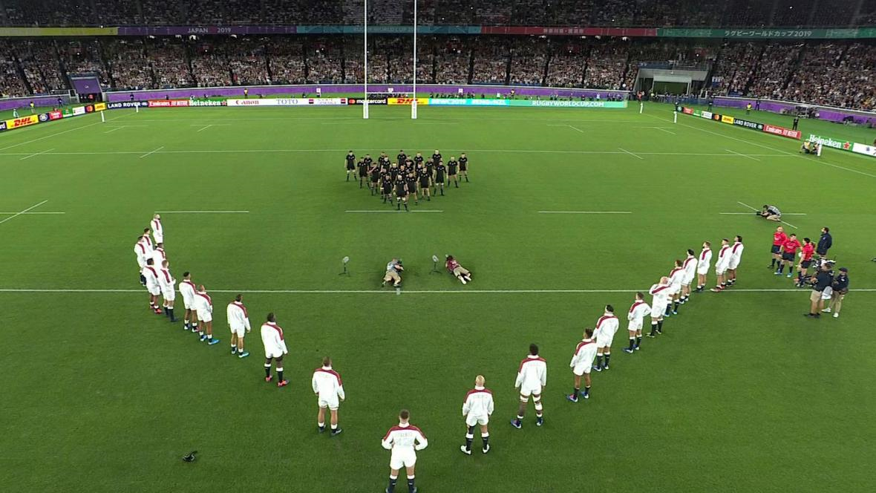 Eddie Jones has changed the tagline he is using to sell his vision for Team England. “We want to be remembered as the greatest team the world of rugby has ever seen,” the England coach said as he announced his training squad for the Six Nations.

Where every selection, every game was previously framed by the goal of peaking for the World Cup final on November 2, Jones is now building a new narrative with which to engage players, supporters and sponsors.

“We want to be remembered as a great team that has sustainable success,” he said. A different message. A new emphasis. A fresh challenge. A remedy to blow away any hangover from the World Cup final defeat.

Jones has long believed in the power of language to influence performance, whether it is putting pressure on the opposition, building confidence in his own players, creating a diversion or sending a message to the match officials.

He has been at it again this week, raising the issue of France’s youthful inexperience and lack of physicality before Sunday’s championship opener between the sides in Paris.

As Jones unveiled his Six Nations squad and his new slogan for England’s future, the man behind the message was 12,000 miles away in Canberra.

David Pembroke has been a friend and adviser to Jones since they began working together at ACT Brumbies in 1998. “That first detailed conversation convinced me Pemby was the sort of bloke I could rely on to tell me the truth and always have my back,” Jones wrote in his autobiography. “We still speak most days, as he ensures I stay on top of my communication. He’s a brilliant strategist and helps me shape the right message to the right audience at the right time.”

It is Pembroke, not the RFU’s communications department, who helps to shape the England media narrative.

“Eddie has got a super power in terms of his communication,” he says. “Through language you create meaning. Can you immediately draw a straight line between what was said and the ultimate result of a game? No. It is impossible to prove but over time you come to know and understand you can see its influence.” 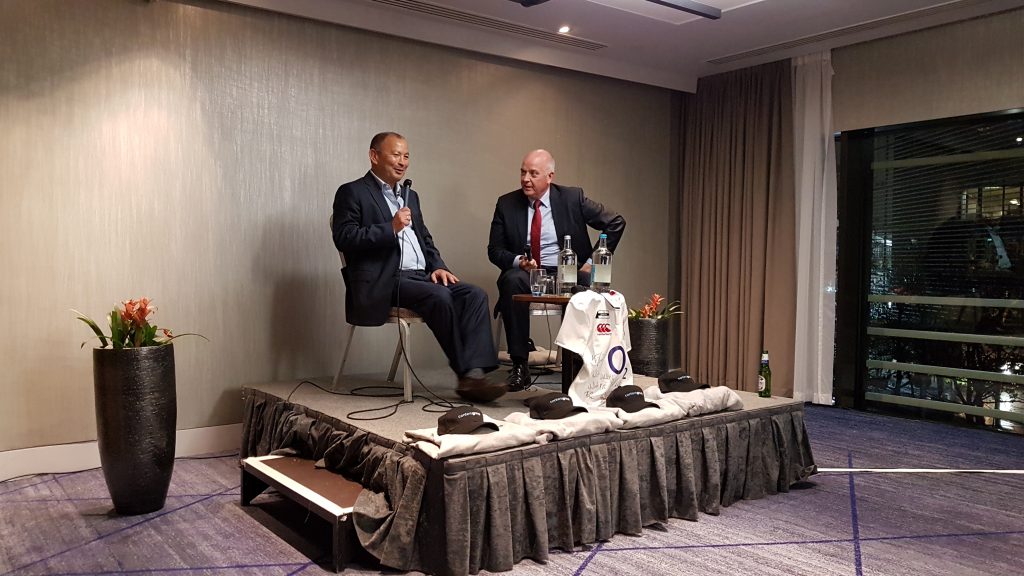 Pembroke has been a friend and adviser to Jones since 1998

Pembroke had been brought to the Brumbies when Rod Macqueen, his former club coach in Sydney, was charged with setting up the new franchise. A promising young flanker, Pembroke stopped playing when a team-mate suffered a broken neck. “I lost my nerve,” he said.

After pursuing a career as a news, politics and sports reporter with ABC, Pembroke linked up with Macqueen at Brumbies and with Australia. In 1998, Jones arrived from Tokyo to take charge of Brumbies, armed only with university coaching experience.

“I did have my doubts whether he had quite the pedigree,” Pembroke admits, “but any concerns quickly disappeared. You could see the qualities he still has today; the meticulous preparation, the desire to learn, the ability to connect with football players, his work ethic.”

From that day they hit it off, two cricket fans with a love of rugby and telling a yarn. While some coaches have no interest in playing the media game — Joe Schmidt, for example, or Mark McCall — Jones and Pembroke were convinced by the value of creating a narrative.

Originally it was an attempt to get Brumbies into the Sydney newspapers but now it is driven chiefly by performance.

“It is a player’s game but there is a role in using communication as part of your armoury, as part of your tool kit,” Pembroke says. “I believe and Eddie believes that it is a very important part of how we build teams, how we sustain things over time and create a potential advantage.

“I am a long way away but I think that is part of the strength of the advice I can give Eddie. The environment with England can often be very intense and inward-focused. I can tell him, ‘This is what I can see.’ ”

The RFU endorsed Pembroke’s unpaid role. In return, Jones works with him on a project to deliver principles from high performance sport into business and government.

Pembroke said he could reel off hundreds of examples where their narrative had yielded a positive impact on the field. There is no better case study than the week of the World Cup semi-final, when England defeated New Zealand.

Having kept a relatively low profile through the tournament, Jones and Pembroke decided to launch a media campaign designed to pile the pressure on New Zealand, control the agenda and give the impression that England had nothing to lose.

“New Zealand talk about walking towards pressure,” Jones said in Tokyo. “Well this week the pressure is going to be chasing them down the street. The busiest bloke in Tokyo this week will be Gilbert Enoka, their mental skills coach.”

To Pembroke’s surprise, Jones also dropped in the claim that England’s training session had been spied on. That had not been part of the plan but Jones knew the media would run away with the story and turn the spotlight on New Zealand.

“You have got to compete with the All Blacks for every minute on and off the field,” Pembroke says. “That is what we decided to do. It was the language that was used. You can say, ‘New Zealand are under pressure’, but who is going to report that?”

Pembroke had wanted England to encircle the haka but Jones put his foot down. The team formed a V-shape instead and went on to win 19-7. The All Blacks were never in control.

A week later, England’s hopes of winning the World Cup had been dashed by South Africa.

“This team is finished,” Jones said in the bowels of the Yokohama Stadium. “A new team will be made.” The rebranding of Team England had already begun.

“The Six Nations is super dangerous for England but they have to raise the standards and get better,” Pembroke says. “This England team can become one of the all-time great teams.”

Where have we heard that before?

Lowe, A 2020, “Eddie Jones’s most trusted confidant: the man who took on haka”, The Times, URL: https://www.thetimes.co.uk/article/inside-the-mind-of-david-pembroke-eddie-jones-s-confidant-and-how-they-control-narratives-dghrv2xt6, Retrieved 31/01/2020