In an ever-changing media landscape, we continue to see social media sites such as Facebook, Twitter and Snapchat wield more influence over traditional media platforms such as TV and Radio.

Take, for example, the 2016 US Presidential Election. According to Facebook’s Chief Operating Officer Sheryl Sandberg, Facebook helped more than 2 million Americans register to vote at this month’s election.

In an election with results as close as this year’s, 2 million is by no means an insignificant figure. So, what made social media such an influential landscape during the lead up to the Presidential Election?

A Pew Research Centre survey found that 35% of 18-29-year-olds named social media as the most helpful source for learning about the 2016 Presidential Election. This ranked higher than news websites and cable TV news.

Not unsurprisingly, the survey’s results showed that the preference for social media weaned as the age brackets increased. Despite this, the overall results still ranked social media an equal second behind cable TV news.

How was it done? 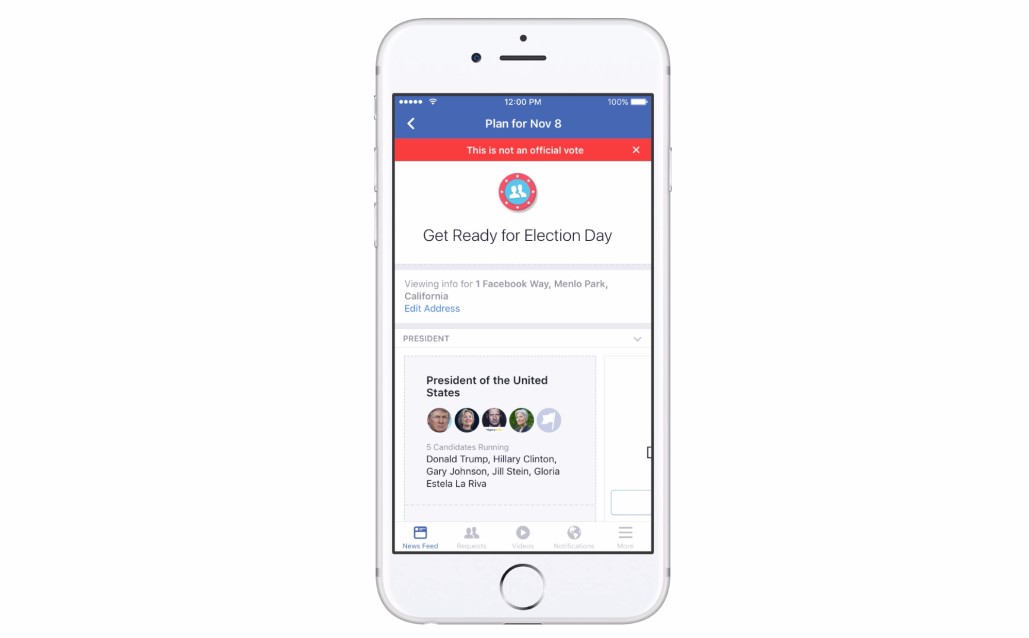 The Presidential Election saw social media platforms experiment with never-before-seen features. Facebook, for example, rolled out their “get ready for election day” feature on October 28, designed to give voters a personalised voting guide.

The feature meant users could ‘favourite’ candidates and policies of their choice, so when they reached the polling booths on election day they could refer to their guide as a digital ‘how to vote’ card.

Presidential candidates Donald Trump and Hillary Clinton’s own Facebook pages were used to share live videos, voting prompts and other content. Combined, the two pages have over 24 million likes.

Both political parties used the video and image sharing app Snapchat to pay for promotional geo-filters. In September, Trump released a “Donald J Trump vs crooked Hillary” debate day filter and in the days before November 8, the Clinton party sponsored their own geo-filters reading “I’m with her” and “make history tomorrow”.

According to Snapchat, filters such as these are likely to reach anywhere from 40-60% of the 60 million Snapchat users in the US.

It’s not just the political parties’ own pages and advertisements that got attention, though. Many fear that the rise of fake news content that swarmed social media sites such as Facebook in the lead up to the election influenced voters.

Want to know how to innovate in the government communications space? Get the latest insights and ideas sent straight to your inbox. Click here to join the network.

How did this influence voting?

Back in February, we wrote about how content marketing was fuelling the 2016 USA Presidential Primaries. We discussed the success of Trump’s #makeamericagreatagain hashtag, as well as Clinton’s use of platforms such as Snapchat and Instagram.

According to Vincent Raynauld, assistant professor in communication studies at Emerson College in Boston, “social media democratises information sharing, and it helps individuals with very narrow interests quickly and easily connect with others who share their beliefs.”

One of the appeals of social media for citizens is the perceived authenticity of the content. In the case of Trump, his seemingly unfiltered comments only served to his advantage. If there’s one thing voters could trust Trump to be, it was honest.

Despite the best efforts of the Clinton party, Trump was consistently in the spotlight throughout the Presidential Election campaign. As Van Jones put it, “every political era is shaped by the media environment of its time. The most successful politicians have an innate understanding of that environment and the skill to act on it.”

As for measurable results, Facebook’s claim that its platform helped to register more than 2 million voters in the US potentially allowed Clinton to win the popular vote, not Trump. It also might have been the difference between Trump winning some of the crucial states including Ohio and Florida.

What can we learn?

In the age of social media, it’s difficult to deny that it had an impact on the Presidential Election. It’s also hard to ignore the fact that the majority of millennials prefer to receive their news on social media than on any other media platform.

There’s never been a more exciting time to be a communicator. Social media is free, popular, instantaneous and wide-reaching. It’s not without its own challenges – but it goes to say that we better get used to seeing our politicians on our news feeds.

Do you think social media helped Trump to win the Presidential Election? Let us know in the comments.